note del cinema
The music world of the film "The mirror" Tarkovsky
It is always interesting to analyze films of great masters: they like Middle Age mosaic contain a lot of symbols, and not reading about them there is just a plot left from a director's idea. There are a lot of films, which are not overloaded with meaning. That's why you watch Bergman's or Tarkovsky' films so tremulously, understanding that each common scene has something more and you want to unravel this "more". And since symbolism is not born on an empty canvas, but only in conjunction with others subjects, I suggest to start with the music themes in the film "The mirror" by Andrei Tarkovsky.
The first composition sounds after an episode with a stuttering boy at opening titles. This is a chorale prelude by J.S.Bach "Das alte Jahr vergangen ist". The chorale prelude was performed in a Catholic Church before service, while congregation was gathering. This short music composition was supposed to set up sublime, pure, spiritual mood. The director creates the same atmosphere in his film, opening it with light, religious music. He tunes us and spectators for "Сonfession" - the first film title, as well as an organist soothes the minds of believers before a divine service.
J.S. Bach - BWV 614 - Das alte Jahr vergangen ist
“
Below I give the text of the chorale:


The old year now hath passed away;
We thank Thee, O our God, today
That Thou hast kept us through the year
When danger and distress were near.

We pray Thee, O eternal Son,
Who with the Father reigns as One,
To guard and rule Thy Christendom
Through all the ages yet to come.
As you can see, this text is gratitude to Jesus Christ for his mercy, for one more year lived. If we suppose that the character of the film dies anyway, the past year can be correlated with a lived life: a person thanks Christ before finding peace.
It's interesting that this melody sounds again in the scene where Terehova's character is sleeping. It is a topic of melody which comes to the foreground, not its religious significance. The affects theory was established clearly in the Baroque era: the musical composition expressed the state of a human soul, mysticism and naturalness of a description contrasted in the literature. This is the way sleep theme, ghosting lives appeared, and metaphor of Baroque was formed ("The four season. Autumn". Part II "Adagio molto, Ubriachi dormienti" Vivaldi; "The Tempest" and "A Midsummer Night's Dream" Shakespeare).

The music of the late Baroque immerses the listener in a trance, into space where it is not clear if it is sleep or reality. That's why Bach's chorale prelude in "flight" scene is so organic. It doesn't just work on the atmosphere - it is upward movement itself. Pay attention to the scene when the character says: "So I flew up", and then "I love you" - her words follow the movement of the musical space (tessitura) - the high sounds speak about flight towards heaven, to the light.

For the record:
the choral prelude "Das alte Jahr vergangen ist" is included in the collection of 46 compositions, selected by Bach especially for "Little Organ Book", which he presented to his son - Wilhelm Friedemann.
The second composition is the fandango "Sailing I got lost". In this case, the choice of music composition is clear. A theme of a mother, as a fundamental of this picture, is read instantly. In 1937, during the Spanish Civil War, about three thousand children were taken to the USSR. In 1956 they were given the opportunity to return to the homeland. A lot of women have started families, but Russian husbands couldn't obtain an exit permit. That's why Luisa cried bitterly - her heart is broken. She can't return to Spain, because she must leave her Russian children. But a mother can't do this. Then the newsreels scenes show us how little Luisas and Ernestos say goodbye to their parents and perhaps forever.
Fandango "Sailing I got lost"
The scene changes in a horn of a boat: the director shows flight on a stratostate "USSR". The number of the stratostate is unknown, but taking into account the fact that in 1937 the stratostate at number "3" crashed, perhaps Tarkovsky used to this newsreel, "Stabat Mater" by Pergolesi sounds for a reason.

Stabat Mater In the glorious days, till we lost our ways,
Hey, do you recall when the war was just a game?
Now the wind ventures to other plains,
Hey, when will I see you again if I go?

This train whistles and blows all sounds away,
Hey, how could we be close again?

Now the night is bathing in disgrace,
Hey, do you still braid some flowers in your hair,
Come the sound of boots and metal chains,
Hey, will the perfume of the daisies remain?

A circus of horses is dancing in the bay,
Hey, now the fire's in the way
The past is sucked by quicksands I'm afraid,
Hey, do you recall when the war was just a game?
Pergolesi "Stabat Mater Dolorosa"
This spiritual, insightful, subtle work appeals to compassion. Shots of chronicle flight on stratostates shift are changed with joyful, victory scene of the first USSR heroes passage - the polar pilots, who saved the expedition from the drowning steamboat "Chelyskin". And there children's choir rushes into a music row: sad mood doesn't leave, but only strengthens a video sequence. Tarkovsky leaves the deceased in flights, catastrophes, wars off-screen. And a grieving mother stands behind each of them.
The composition by Pergolesi is continuing in the next scene - close-up of the folio with Leonardo da Vinci's works who is Tarkovsky's favorite painter. The entire film in the aesthetics of da Vinci. It should be noted the way Ignat turns pages monotonously, even meditatively which can send a viewer to past generations, for instance, to Alexey, who also examined the portraits of the great Italian artist, finding resemblance of Ginevra de Benci's closed - off eyes and the eyes of his own mother. 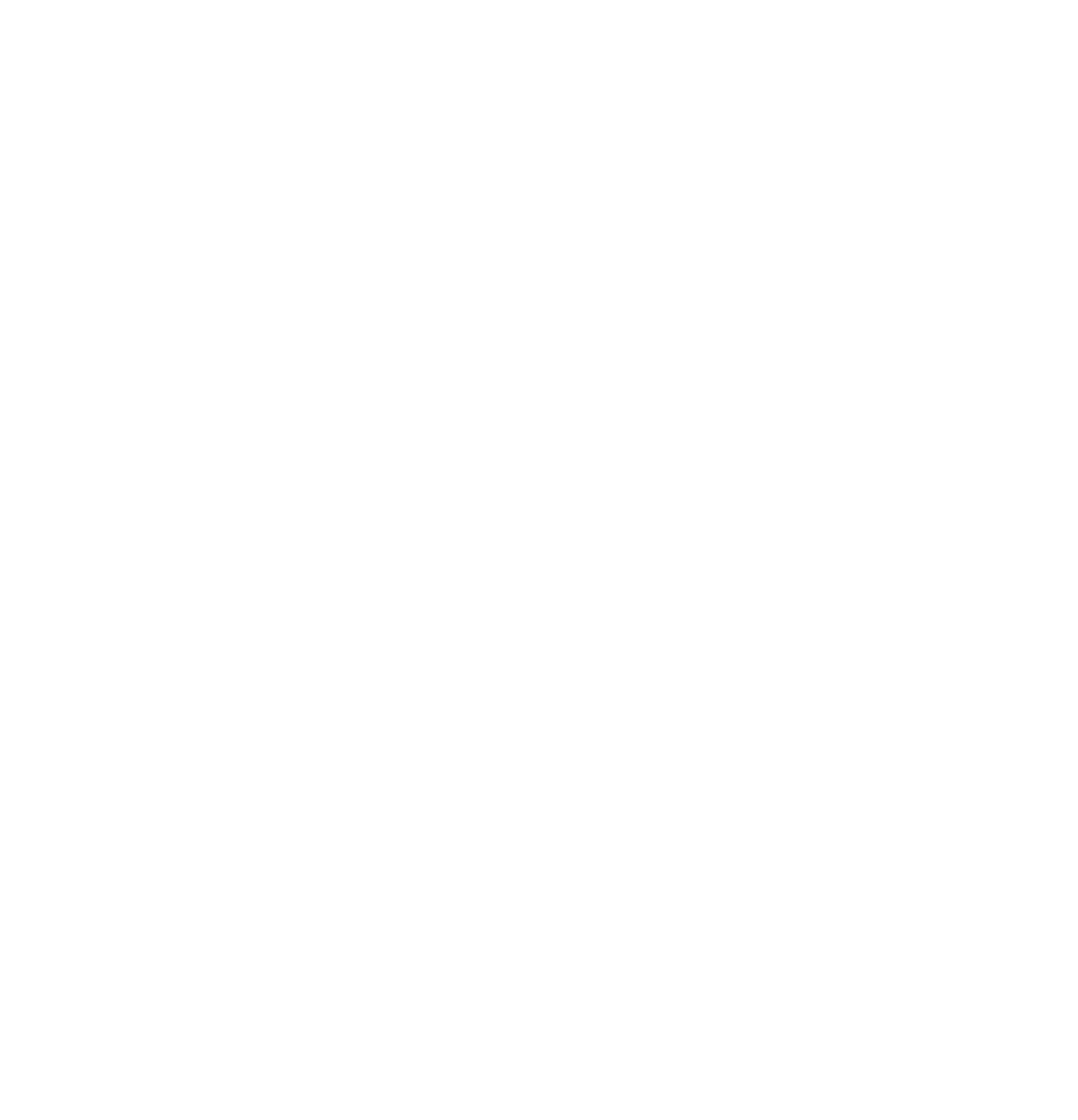 LEONARDO DA VINCI Ginevra de' Benci
The next composition is a fragment from semi-opera Henry Purcell "The Indian Queen" - "They tell us that your mighty powers above". Fine and pure aria falls perfectly well on the memory of Alexey's first love. In both compositions, love arises in the war, even if this war is just a game in this film, but the feeling is true, strong, bright.

This melody sounds for the second time in the scene where Ignat is waiting for his mother. Despite the simplicity of staging, the boy is looking at his reflection, - we read Ignat's emotional state. There are as much tension and hopelessness in his eyes as in the character tormenting with contradictions.

Purcell: Z 630/19-20. They tell us that you mighty powers (The Indian Queen)
Two compositions by Bach from the oratorio "St John Passion" accomplish background musical (arrangement) of the film. This work relates to the genre of sacred music and it was performed in the Church. The content of the arias is based on gospel texts, relating to the last days of Jesus' life on the earth.

In the scene of father's (Oleg Yankovsky) returning young Alexey and Marina hide in his arms. The father hides the tears shyly flowing down his cheeks. And young Alexey looks at his mother with malice and at the same time with fear (a hint - the portrait of Ginevra de Benci). She is neutral at that moment. Tarkovsky put "Evangelist recitative" by Bach in this episode.
Bach "Evangelist recitative"
“
I suggest turning to the text:

And, behold, the veil of the temple was rent in twain
from the top to the bottom; and the earth did quake,
and the rocks rent; and the graves were opened;
and many bodies of the saints which slept arose.

Having got to know the text, we understand why the director included this fragment into an autobiography scene.

The opening chorus "St John Passion" - "Lord whose glory is magnificent in all the earth" completes the picture. This is a strong dramatic composition, in which immensity, majesty, spirituality are evinced, the opposition of good and evil is revealed, uplift to Jesus Christ.

Lord, our ruler, whose gloryis magnificent everywhere!
Show us through your passion,
that you, the true son of God,
at all times
even in the most lowly state,
are glorified.

This text lies in the film's last episode beautifully: it's a simple unanswered father's question, and young children are somewhere far away and a life which is about to end.